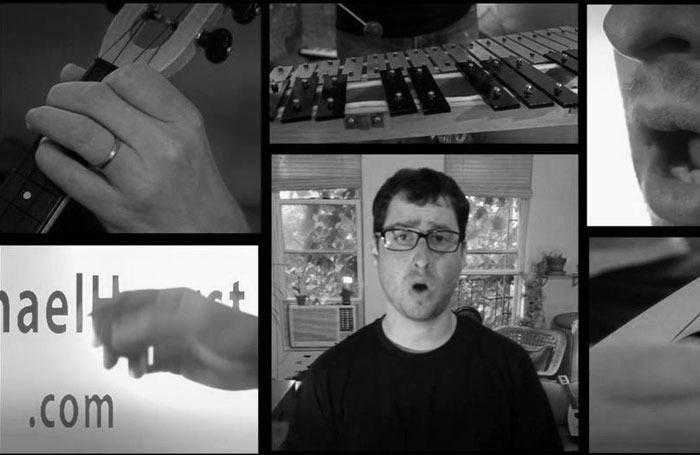 So here is the story behind this video:

Our good pal and frequent collaborator Barry Mitchell asked us to help him make a new video for his ABC World News Now Polka theme song. I immediately remembered an amazing musician I profiled when I was producing “ART or something like it!“, his name is Michael Hearst and he is a multi-instrumentalist/singer/song writer from the band “One Ring Zero”. Michael had made a music video that he posted on YouTube playing all kinds of different instruments, he edited them all together and this was the resulting video:

I was inspired by Micheal’s Odd Instrument video to make the new polka video in the same vein. After a few hours of playing around with cameras, lighting and more weird instruments, Michael and I made the featured video.

For some reason, ABC disabled the embed option on their version of the YouTube video, however, if you want to see it with all the branded ABC stuff click here: http://youtu.be/ZRw6MYr_yLY

Also, Michael just created a new album of amazing music (Which we are proud to say that we helped its production by donating to his Kickstarter campaign). Please check it out here: http://www.unusualcreatures.com/