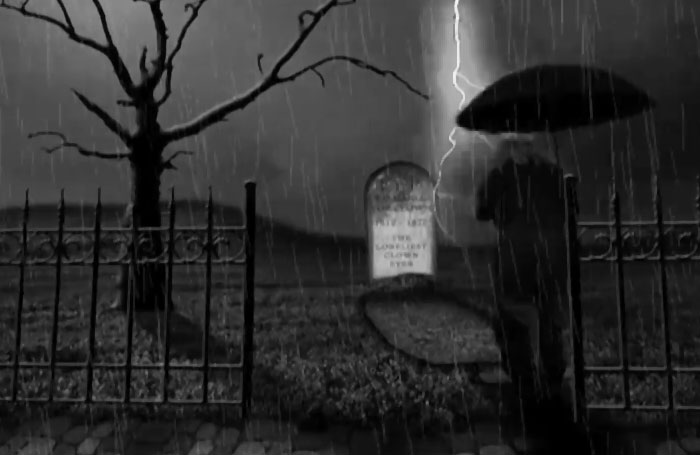 This movie has screened at:

The Clown-Noir Holiday Classic that has Charles Dickens rolling over in his grave.

A CLOWN CAROL – The Marley Murder Mystery, is a new spin on a classic Holiday tale — the latest short movie from writer/director/editor Brian A. Bernhard (creator of the EMMY® nominated television series “ART or something like it!”).

There is a murder in Clownland. Someone sinister has committed a horrible crime, but who? Just as Scroogie the Clown gets back to his shop after morning the death of his long time business partner, Marley the Clown, he must deal with a nagging nephew, a clumsy freezing assistant, a couple of bumbling charity collectors, an annoyingly noise caroler group, and a marvelously mysterious doorway specter. Attempt to figure out, “Who done it?” in this shockingly funny clown-noir, “A CLOWN CAROL – The Marley Murder Mystery.”

Produced/Written/Directed & Edited by
Brian A. Bernhard