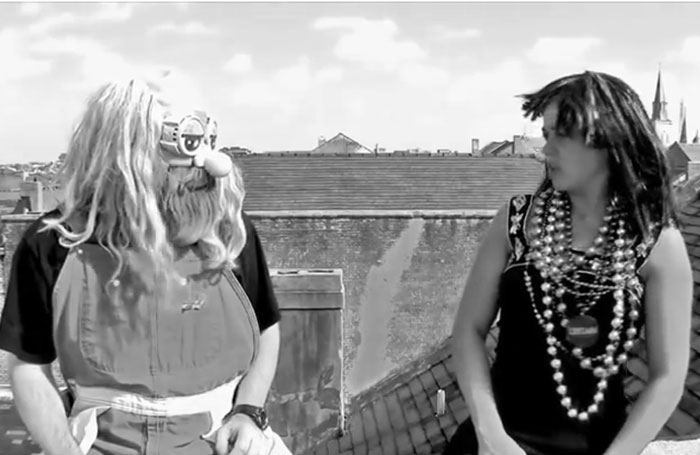 In an effort to begin building some kind of emotional connection between “Madam” and the lead character of the first narrative created during “The Viral Sockpuppets” game, I decided to make an “Uncle Pappy” cross over episode. This episode was released on the internet months before “Uncle Pappy’s dilemma” launched the game. I wanted to give Madam’s character some kind of motivation for responding to help Uncle Pappy when the time came.  This episode was shot the city rooftops of that same original trip to New Orleans (Read previous posts for more on that).

(Remember, in real life she is singing this backwards! If you want to hear what she really sounded like, rip the video and play it in reverse!)