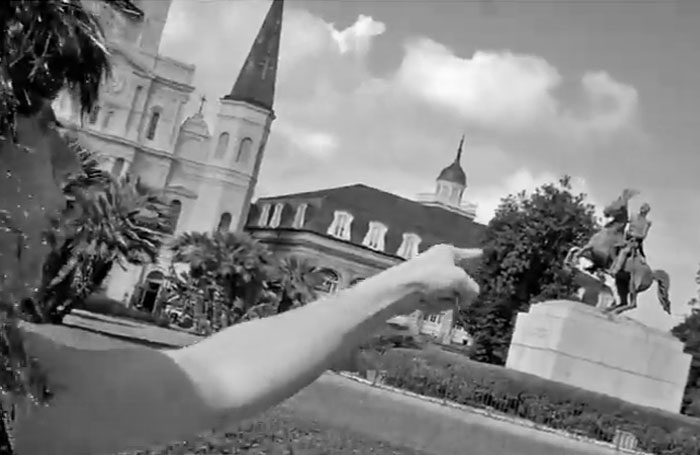 Part of the development of this character for “The Viral Sockpuppets” was that we wanted to establish her presence in the YouTube community before she began to participate in the game. We wanted to make Madam part of the YouTube world so that she might of had the chance to develop her own audience before participating in the interactive narrative.

Remember that EVERYTHING was improvised and reversed in post-production. I only gave Jessica suggestion on what I think should be going on in the scene, while shooting I had no idea how anything would look until I got back to my computer so I could look at the footage in reverse.