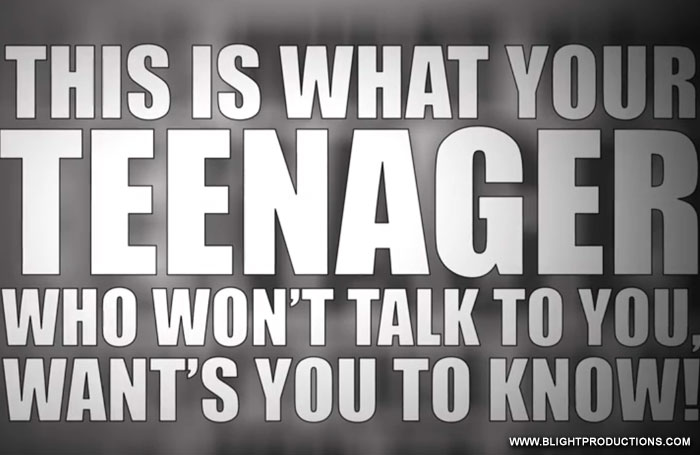 “What Your Teenager Who Won’t Talk To You, Wants You To Know!” with Dr. Mark Goulston

Are you feeling tension between you and your teenager? Do you have a teenager who needs your help, but doesn’t want it and won’t ask for it? Would you like to know what they need your help with, but can’t put into words? Most of all, would you like a way to get through to your teenager? Use “What Your Teenager Wants You To Know” as a conversation catalyst to have that long overdue talk and then when you do ask them to explain what it means to them and then “Just Listen”

Is there something you want someone to know, but can’t tell them?

Is there something you’d like someone to tell you, but they won’t?

If there were a catalyst that could jump start that long overdue conversation, would you want to use it?

Join Dr. Goulston as he speaks for, from and as you so you can finally get that important other person to get where you’re coming from… that you haven’t been able to tell them… and jump start that long overdue conversation.

Or give someone that you want to open up to you what Dr. Goulston says to begin a conversation that you’ve wanted and needed to have with them.